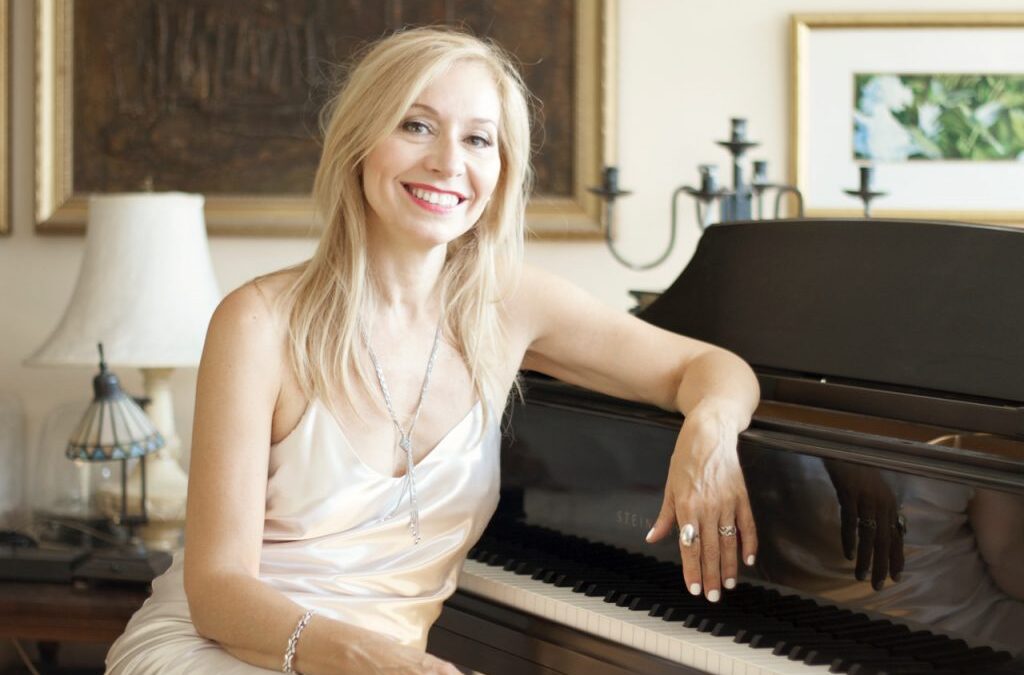 Born in Madrid, Laura Fernandez is a versatile singer songwriter pianist whose music merges the genres of pop, jazz and Latin music.

Laura Fernandez a modern-day renaissance woman. She is an acclaimed painter, award-winning illustrator and designer, and a popular radio host and producer, as well as an accomplished singer/songwriter, vocalist, and recording artist. Her latest album, Okay, Alright, released in October 2020 is destined to become a modern classic.

The nomadic and cosmopolitan Fernandez was born in Madrid, lived in Switzerland as a child, spent her youth in Calgary when her parents migrated there. She has lived much of her adult life in Toronto. While she has always loved music, her primary creative outlet for much of her life has been art. She studied at the same art school in Alberta as Joni Mitchell, also a painter.  Laura is highly talented painter of portraits (her father was a painter and architect), she enjoyed a long run of success as one of Canada’s most prominent illustrators. Laura has illustrated numerous children’s books, and her work has been seen internationally on billboards, ads, packing and magazines.   Along with her artistic partner Rick Jacobson, Fernandez has won such prestigious industry awards as the Ruth Schwartz Award, the New York Art Directors Club Award of Excellence, and the Amelia Frances Howard-Gibbon Award, a gold medal for illustration awarded by the Canadian Library Association.

Music is now Laura’s primary creative passion, and she is bringing her full energy to its pursuit. “Music has become a voyage of self-discovery for me. There are no rules here, and that is exciting and liberating to me. I love the social aspects of making music, and the fact that it is a more direct route to the heart than painting even.”

Her first album, 2003’s The Other Side, is an English language collection of songs described as lyric driven, melodic folk, rock-pop with a groove.  It led to a prestigious award at the New York International Independent Music Festival, and performances at Madison Square Garden, the Knitting Factory, The Bitter End, as well as international festivals including TD Toronto Jazz Festival and the International World Music Festival in Cuba.

Her 2010 follow-up album Un Solo Beso is a celebration of Laura’s Spanish roots and Latin influences. Produced by Billy Bryans, the album features some of Canada’s most vibrant and highly acclaimed musicians with arrangements and performances by Hilario Duran, Roberto Linares Brown and Luis Mario Ochoa.   The album seamlessly fuses two different approaches, the discipline of pop-folk songwriting and the musically expansive sounds of Latin and jazz styles, creating  a work that is musically and lyrically refreshing and compelling.

On Okay, Alright Laura Fernandez has blended pop, jazz and even classical influences.  There are many different styles and grooves, a richness of textures.  Each number flows and ‘breathes’ in its own unique way, always led by and shaped around Laura’s fluid, feeling piano, and vocal.

Laura Fernandez completed piano studies at the Royal Conservatory of Music.  She has officially been named to the Steinway Artist roster.

She is the 20th member of this illustrious list from Canada, joining such contemporary artists as Billy Joel, Diana Krall, Harry Connick Jr., and past music greats such as Irving Berlin, Cole Porter. Steinway & Sons maintains a selective process in naming Steinway Artists – choosing only pianists who demonstrate a love of Steinway pianos and a standard of excellence in their music.

Laura was named one of the 10 Most Influential Hispanic Canadians in 2015.

Laura Fernandez is producer/host of Café Latino on JazzFM91.