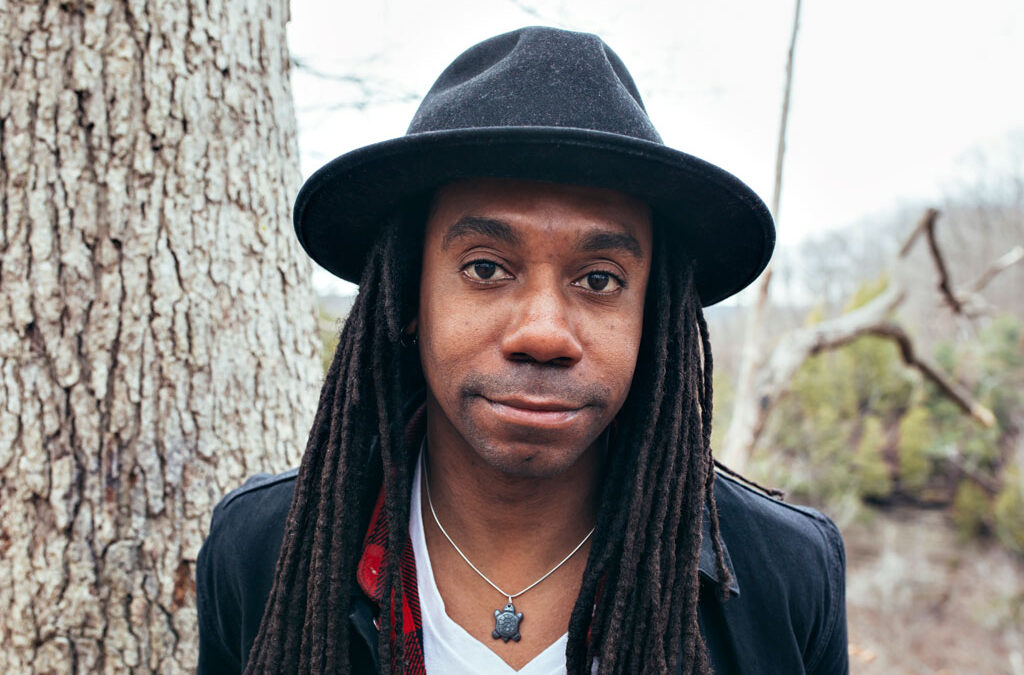 Evolving creatively is a key goal for any artist, especially for songwriters. Being able to tap into the vein of shared experiences by way of a personalized point of view is a gift the best songwriters are able to build upon from song to song and album to album. Only the best of them are able to transition from being a soother one minute to a soothsayer the next with relative ease, confidence, and expertise.

And that’s exactly what Toronto-based singer/songwriter Julian Taylor has done with the eight deeply intimate songs that comprise his striking new solo effort, The Ridge. Co-produced by Taylor and longtime collaborator Saam Hashemi, mixed by Hashemi, and mastered by Noah Mintz, The Ridge was recorded at The Woodshed, a Toronto-area studio owned by a Canadian alt-country stalwarts Blue Rodeo. The Ridge — set for release on CD, vinyl, and via most digital platforms on September 25, 2020 from Howling Turtle, Inc. — is the aural result of a songwriter clearly embracing his prime.

“Human Race,” a particularly seductive earworm that finds Taylor shaping his own path beyond the intersecting songwriting crossroads of Mark Knopfler, Gordon Lightfoot, and Robbie Robertson, initially made its way to listeners’ ears in February. Additional single-track digital debuts from The Ridge will follow in the months ahead of the full album’s release date to give fans new and old alike a taste of what’s to come. “I hope people can find solace in this music,” offers Taylor. “It’s meant to draw you in and really touch your heart.”

Each song on The Ridge represents an acoustic-driven mixture of styles that reflects Taylor’s range as a creative force by building upon the templates forged during his tenure fronting the alt-rocking collective Staggered Crossing as well as the fine funk and R&B-driven foundation he continues to mine with the still-active Julian Taylor Band. From the title track’s ruminations on Taylor’s formative days spent on his Grandparent’s farm in British Columbia to the hopeful swoon of “Over the Moon” to the tribal-energy landscape that permeates “Ballad of the Young Troubadour” to the Tex-Mex Canadian-Western vibe mashup of “Love Enough,” the honest, raw nature of The Ridge enables listeners a myriad of personally relatable entry points into Taylor’s enlightening narrative tales.

Taylor’s extensive experience as bandleader, band-member, and solo artist has all prepared him for how to best zero in on his prime directive as a songwriter. “I’ve been able to carve out my own niche as a musician because I feel like I can do want I want to,” says Taylor. “I’ve been able to go back to the drawing board as I keep experiencing failure after failure and see how I’ve grown and learned from those failings. And I’m ok with that. I’m here because of the people who love and support me, my belief in myself, and the ability to get up every time I haven’t succeeded to keep on trying. I feel so fortunate to have created the music that’s on The Ridge. I’m really proud of it.”

Listeners will instantly notice the breadth of Taylor’s lyrical acumen on The Ridge, something born out of the more personal approach the man has taken toward the album’s core subject matter. “Words are very important to me, and I’ve worked really hard on my lyrics here as this entire album is about my family,” he reveals. “I would go for walks in the forest for meditation, and I made videos of myself talking to all the important people in my life like I was writing them a letter. I’d talk about the things they did that might have hurt me and vice-versa, as well as the things they did that were amazing. So, this record is really just like full-on confessionals to the people in my family.”

That particularly intimate touch lent some deeper weight to a number of the lines and vocal choices Taylor made to get his feelings across in each song. “Everything I write about on this album is a true story,” he confirms. “Yeah, I did make up a few stories on some of the other records I’ve done, but I decided to stop doing that. Everything since then is something that happened to me, or to people I know. Everything is true.”

To achieve such personal goals that he set forth for The Ridge, Taylor once again turned to the aforementioned producer and longtime friend Saam Hashemi to help bring his overall artistic intentions to sonic fruition. “Saam and I sat with the demos together in tandem, trying to find where we could place the instruments and arrange everything around them,” Taylor explains. “And Saam’s a really good producer, because he’s able to pull out all of the very layered and very intricate sounds I have in my head. He helps me orchestrate it all and then put it to record, which makes me very happy.”

Taylor notes that connecting deeply with his subject matter is often something that happens well before stepping foot in the studio. “Thinking before doing is critical. A massive percentage of creativity is thinking about that vision you have in your head,” he reiterates. “Sometimes it just flows right out of you, but the majority of the time is just thinking about it — what is it that you’re trying to pull out of the air? How will the message of these words be properly conveyed to the listener? That’s another reason why my voice is more upfront and center in the mix than on some of my previous records. For me, it’s the source I’m always trying to access — that wavelength of creativity that I’ve been able to fine-tune over the years.”

To that end, in addition to working with Hashemi, Taylor also enlisted a fine collective of simpatico in-studio collaborators, including pianist/multi-instrumentalist Derek Downham and two of his cousins — Gene Diabo on drums, and Barry Diabo on bass. A certain comfort factor with them and the other musicians on The Ridge looks to have inspired the intuitive performances captured in the studio. “What I really like about creating this kind of music is how we all feel it out in the moment,” Taylor explains. “When you’re in the same room with people and talking about what it is you’re trying to create and what you want from them musically and spiritually — all those things are really important to communicate while you’re within arm’s reach of everyone.” Taylor also had a specific strategy for keeping each take fresh. “I sent the songs to everyone only 48 hours before we went into the studio, because I didn’t want people to get tired of them,” he observes. “One of my cousins said it was a great way to do a session, even though I kept him guessing all the time.”

Taylor’s inherently cinematic approach to his storytelling has a lot to do with his heritage and upbringing. “It’s an interesting thing to be part Mohawk and part West Indian, because I’ve always had this feeling that I never fit in anywhere,” he admits. “As a mixed person, it’s like, oh, where do you go, and how do you connect with people? That’s all I’ve been trying to do, and my life experience as a person who is mixed helps me do that. These stories are all coming from a person who tries to fit in, but doesn’t quite fit in. That’s really what my work has always been about — that longing to be a part of something.”

Ultimately, what the music within the grooves of The Ridge conveys is that you cannot label or confine Taylor to any given genre box — and that’s exactly what he prefers. “That’s always been my thing — not wanting to be put into a box,” he acknowledges. “My work has always reflected that. Once people find out how that thread runs throughout my career and with all my work, they’ll notice I never wanted to play the box game. They’ll find out I really love all kinds of music and I just want to make music that I love — and I think The Ridge brings all of those things together.”

Indeed, one could even say The Ridge has been Taylor-made for listeners to connect with songs and stories they already know instinctively by heart.