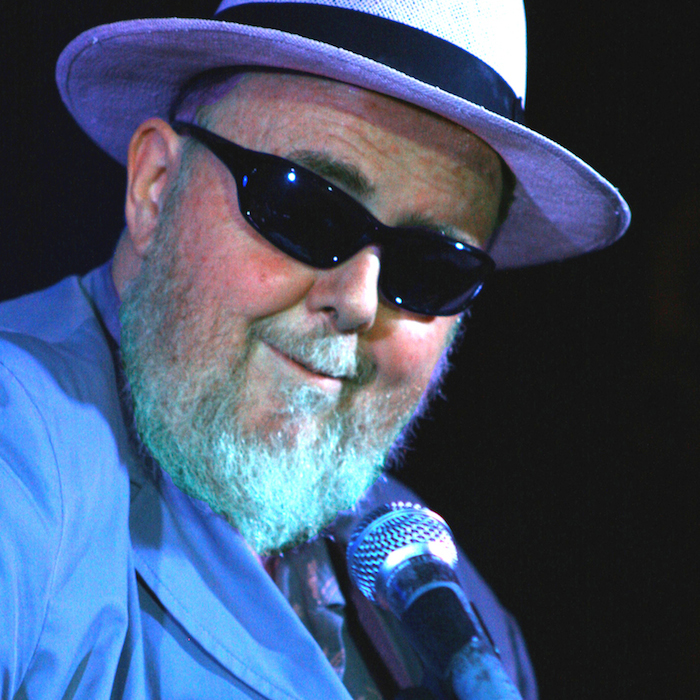 Brian Blain, a mainstay of the Toronto blues scene since the early 90s and a well-respected “elder statesman” of the blues will be playing tunes from his
upcoming CD. 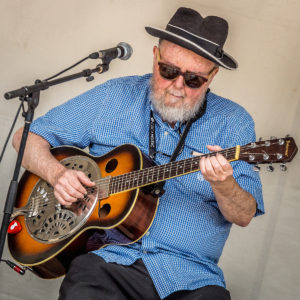 Brian has been a favourite at previous Winterfolk festivals and has provided a launching pad for many young blues artists with his legendary “Campfire Jams” at Hwy 61, The Gladstone and currently The Old Mill in Toronto. Here’s what people are saying about Brian Blain: Elder blues statesman (WRYCRAFT RADIO) …born in rural Quebec and active in the music scene for forty years, possesses a “northern“ style that gives him a cool edge that just can’t be found in any other artist.

His easy blend of folk and blues is a running commentary on life as he sees it. He combines his sardonic wit with his soulful guitar skills and crafts it into a unique musical perspective. (VERONICA TIMPANELLI, JAZZREVIEW.COM) …a fine singer-songwriter and an accomplished performer who lives at the corner of Blues Street and Folk Avenue …one of the wittiest songwriting pens on the Canadian blues scene. (MIKE REGENSTREIF, MONTREAL GAZETTE, FOLK ROUTES FOLK BRANCHES) …this Toronto-based Quebec native, a longtime fixture on the Canadian acoustic blues scene, writes ironic, biting lyrics that are equally funny and insightful. (JEFF JOHNSON, CHICAGO SUN TIMES) …he takes all his love for the blues and its offspring musics and filters it through a brain not exactly embittered by a downtrodden existence. Kind of John Hartford meets Steve Goodman meets the Red Clay Ramblers meets J.J. Cale. (STEVE BACHLEDA, THE BLUES AMBASSADOR, MICHIGAN) …

Blain is an astute observer of life and this is reflected in his lyrics which are shot through with a wry sense of humour. (GORDON BAXTER, BLUES ON STAGE)
…Brian Blain is an articulate, humorous singer-songwriter with a bluesy bent. His vocals are natural in the extreme, with no attempts to sound black or street (mostly the approach works). (BLUES REVUE) …Call Blain’s music the blues of an educated sensibility that is just too connected to real life to be smug or brittle, an articulated expressiveness without pretension that possesses a literacy far too much lacking in our American music (INDIANA BLUES MONTHLY) …wry and thoughtful songwriting, singing with great empathy, and completely lacking affectation, guided by the universal blues aesthetic of related experiences, connecting listeners to performance, and making them highly accessible (DAVID “DR FEELGOOD“ BARNARD, CKLN-FM) …It is refreshing to know of artists such as Brian Blain (MUSIC CITY BLUES SOCIETY, NASHVILLE)
Blues Campfire Jam