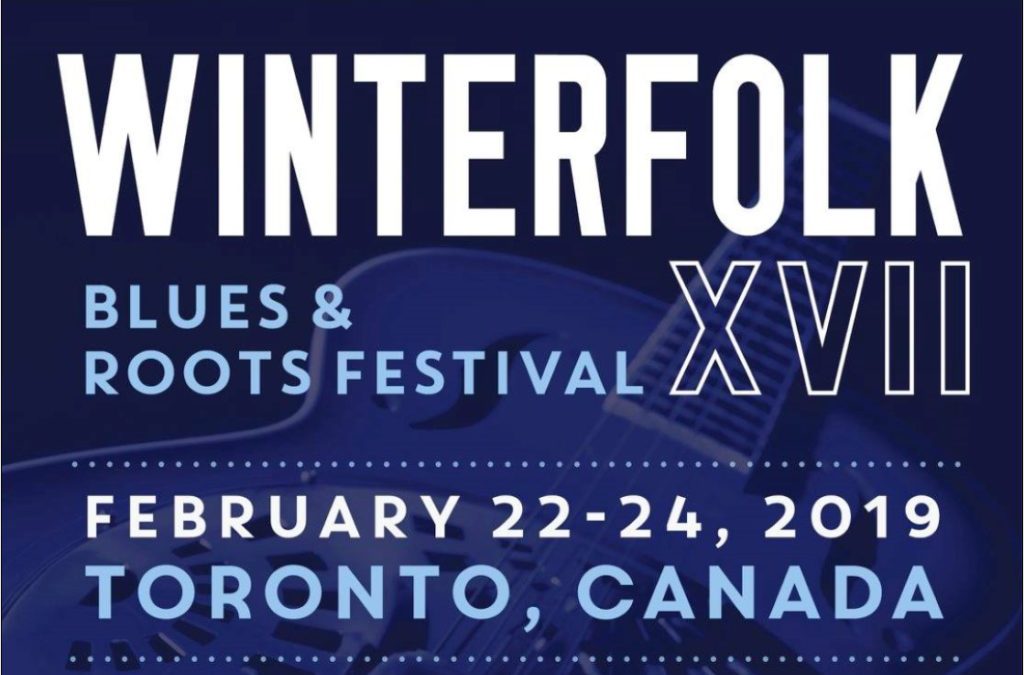 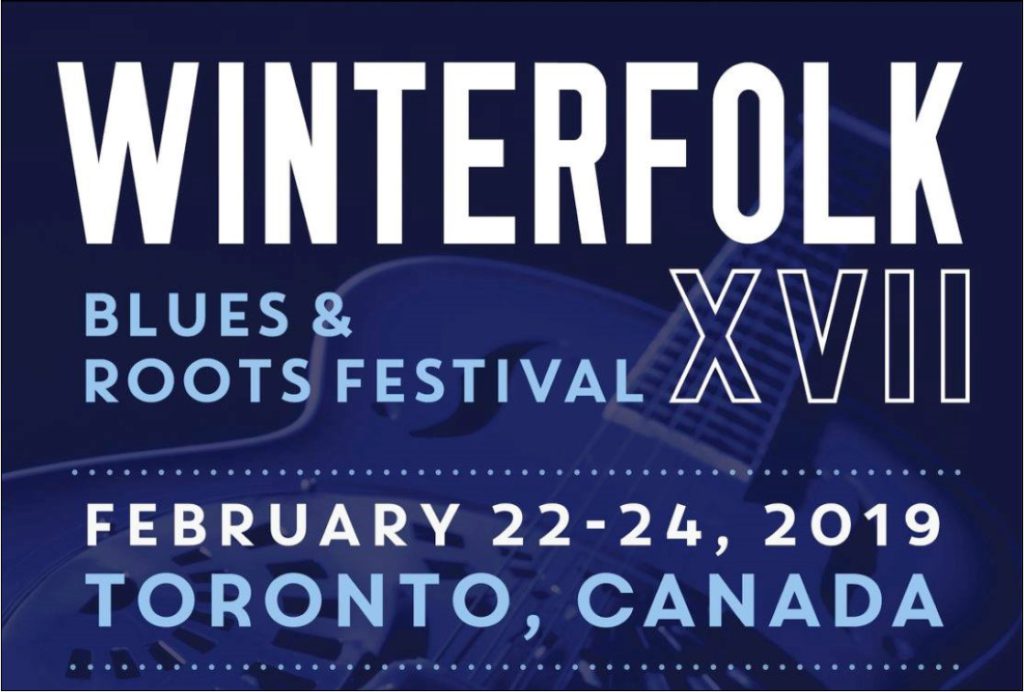 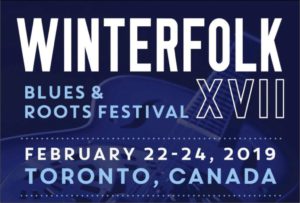 WHERE: Various venues on the Danforth, Toronto

TORONTO – THURSDAY, JANUARY 24, 2019 – The 17th Annual Winterfolk Blues and Roots Festival, taking place in Toronto February 22-24, 2019, is set to present the best of urban, blues, rock, jazz, country, folk and roots music, and will feature returning favourite artists as well as fresh new talent. It’s an all-ages, mid-winter, weatherproof event that emulates a multi-stage rural summer festival. More than 100 artists will be performing at three venues and five stages over a three-day weekend. For more information on the festival, schedule and for updates, please visit www.winterfolk.com.

Emerging and new-to-the-festival artists include: Toronto singer CHLOE WATKINSON, fresh on the heels of her breakout year and blessed with a voice that can be soft and sweet, or full of power and rasp, she transcends genres with ease; brilliant Nova Scotian, now Toronto-based sisters CASSIE AND MAGGIE who offer Celtic fiddle and harmonies like honey; THE LIFERS, led by sisters Liv and Anita Cazzola, are an art-folk/rock collective from Guelph, Ontario, with harp-inspired ukulele, accordion swells, and lush vocal arrangements that give way to rip-roaring, soaring melodies and overdriven frenetic strums;Guelph’s award-winning folk duo TRAGEDY ANN inspires chills, provokes smiles, and reminds you to breathe. Mixing alt-blues and contemporary folk-rock, Liv Cazzola and Braden Phelan intertwine the storytelling power of Tom Waits with the musical nuance of Mandolin Orange;  BLACK SUIT DEVIL plays “acoustic soul,” a fusion of folk, roots, blues and soul to give voice to social injustice and current political affairs; award-winning (opened for Brett Kissel), alt-country singer-songwriter ALESSIA COHLE; Kitchener native and multi-instrumentalist SAMMY DUKE performs as unique one-man-band; 2017 Songs from the Heart Contest winner, singer-songwriter DORIS FOLKENS plays old-time inspired folk and nostalgic tunes – all where the music beautifully transcends any age gap.

There’ll be a couiple CD release concerts at the fest this year too. DAVID STOREY AND THE SIDE ROAD SCHOLARS is excited to announce the release of the new album Made in Canada, which continues the pattern established on Storey’s two previous releases, of wry wit and penetrating insights about life’s challenges, characters and passions. Award-winning songwriter and brilliant guitarist D’ARCY WICKHAM looks forward to the release of his third album Signal Hill which is an all instrumental venture and really showcases his prowess at composition and performance.

The festival will also include special community stages and various themed musical workshops with something for everyone to enjoy. Winterfolk is a combination of general admission wristbands and separate ticketed concert stages on the Danforth, and is the ideal event for music-lovers seeking new and exciting things to do in Toronto.

MORE ABOUT WINTERFOLK – Winterfolk was formed to entertain, educate, enlighten, engage and encourage the community about various folk music styles including roots, blues, folk and more. Founded by Festival Director Brian Gladstone, it is run as a division of The Association of Artists for a Better World, a registered non-profit organization in the Province of Ontario, Canada. www.abetterworld.ca

LOOKING FOR VOLUNTEERS! We’re always looking for volunteers to help out. For eight hours of service over the Winterfolk weekend, volunteers receive access to all shows and artist hospitality lounge and more! For more info and to sign up, please visithttps://www.winterfolk.com/apply-to-volunteer/