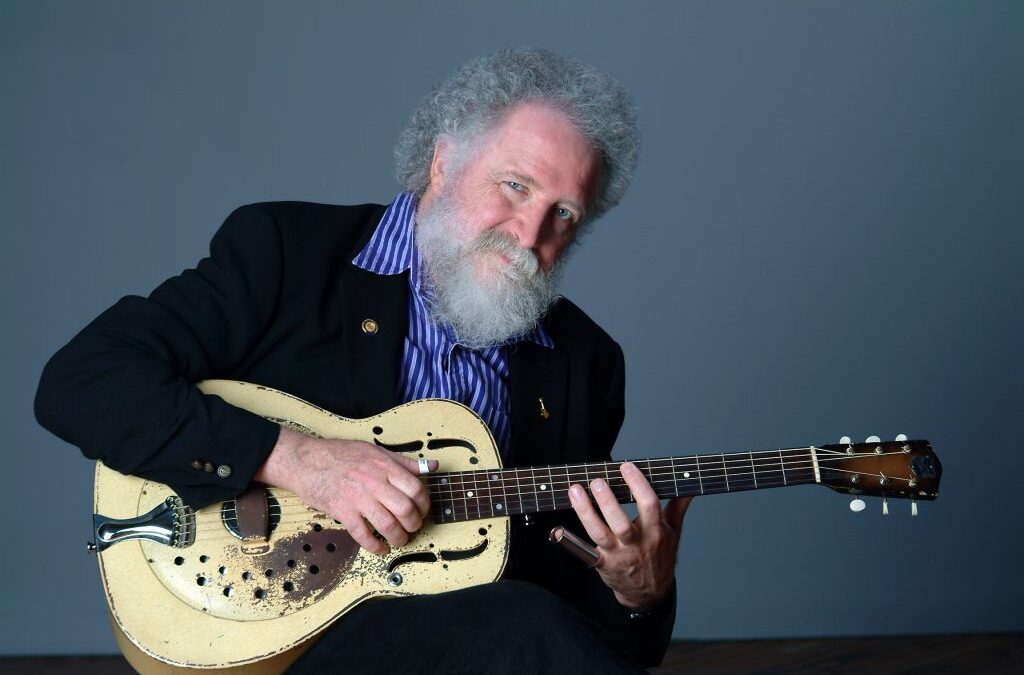 Ken Whiteley is one of Canada’s most respected “roots” musicians.

Drawing on his incredibly rich background in blues, gospel and folk styles, this 7 time Juno award nominee is always a wonderful addition to any festival or concert series. He has played at virtually every major folk festival in Canada and performed and recorded with such legends as Pete Seeger, John Hammond Jr., Tom Paxton, Blind John Davis, Stan Rogers, The Campbell Brothers, Guy Davis, Raffi, Linda Tillerey & the Cultural Heritage Choir and countless others. A prolific songwriter, a gifted and versatile instrumentalist and a powerful singer, Whiteley’s music communicates themes of freedom, love, spiritual aspiration and social comment. His performances are presented with participatory humour, grace and energy.

His performing career began as a teenager in the 1960’s with brother Chris and friend Tom Evans as The Original Sloth Band. With the Sloths, Ken performed all over North America and appeared on Saturday Night Live with Leon Redbone. His collaborations with brother Chris (The Whiteley Brothers) and old friends Mose Scarlett and Jackie Washington (Scarlett, Washington & Whiteley) resulted in a wonderful collection of recordings, garnering high praise, successful tours and several awards. Ken’s most recent collaborations are Ken Whiteley and The Freedom Blues Band and Ken Whiteley and the Beulah Band. Whether performing solo or playing with any of his large circle of musical friends, as one critic has said, “with Ken Whiteley our enjoyment is virtually assured.”

Ken Whiteley is a busy musician who is always involved in a number of projects. He is an active record producer, having worked on more than 135 albums. His productions have resulted in 11 Gold or Platinum albums, 22 Juno nominations, 2 Juno winners and 2 Grammy nominations, with total sales in excess of 8 million copies. He has written the music for a number of films and television programs. Whatever he does, it reflects his “brilliant musicianship and high test passion”. In the words of Sing Out! magazine, “Ken Whiteley is one of the best.”