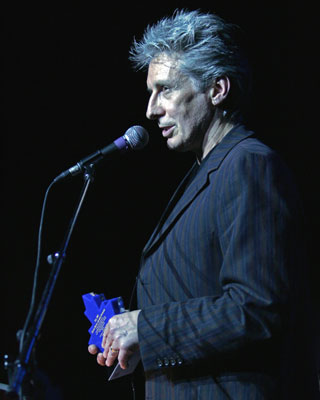 Everyone knows Gary Kendall as oft-elected Maple Blues’ Bassist of the Year, blues man about town and keeper of the bottom end for Downchild. But Gary’s alter ego is found in his much beloved Gary Kendall Band – a band in which each carefully selected player is equal and accountable.

Formed in 2005, Gary reached out to some of Toronto’s best musicians to create a turn-on-a-dime squad of blues marauders to build a loyal following for their own brand of music –and for doing exactly what they like to on any given night – play the blues.

The chemistry found between Gary Kendall (bass / lead vocals / songwriter), Tyler Burgess (drums/vocals/harmonica), Darran Poole (guitar / vocals) and Lorraine Ingel (piano) is beyond formidable. This spirited foursome plays together relentlessly and have so much fun at it, one’s never entirely sure what to expect – and that live spontaneity is exactly what the blues has been needing for a long time.

With a two CD catalogue (Dusty & Pearl, Feels Real Strong) and downloadable singles (“This Sacred Ground & Sumlin Around”) to draw from, Kendall & Co. mix it up and dish it out with every performance, playing to blues-savvy crowds drawn to a groove they already know never quits. The current GKB show also features a tribute to The Kendall Wall Band by performing a few selections from the “That Way We Was” recording.

Think about it – with this talent pool– the possibilities are endless, and all of them good.

The quality of the music on any given night with the Gary Kendall Band is a given. It’s a fresh, impassioned outlet for four talented musicians clearly inspired by their collective love of the music business. This is a true band who conspire to write their own music, arrange, play and sing it they way they like it – and it’s a guaranteed “Real Good Night” in any live setting. Experience counts for something. The Gary Kendall Band counts for more than that.