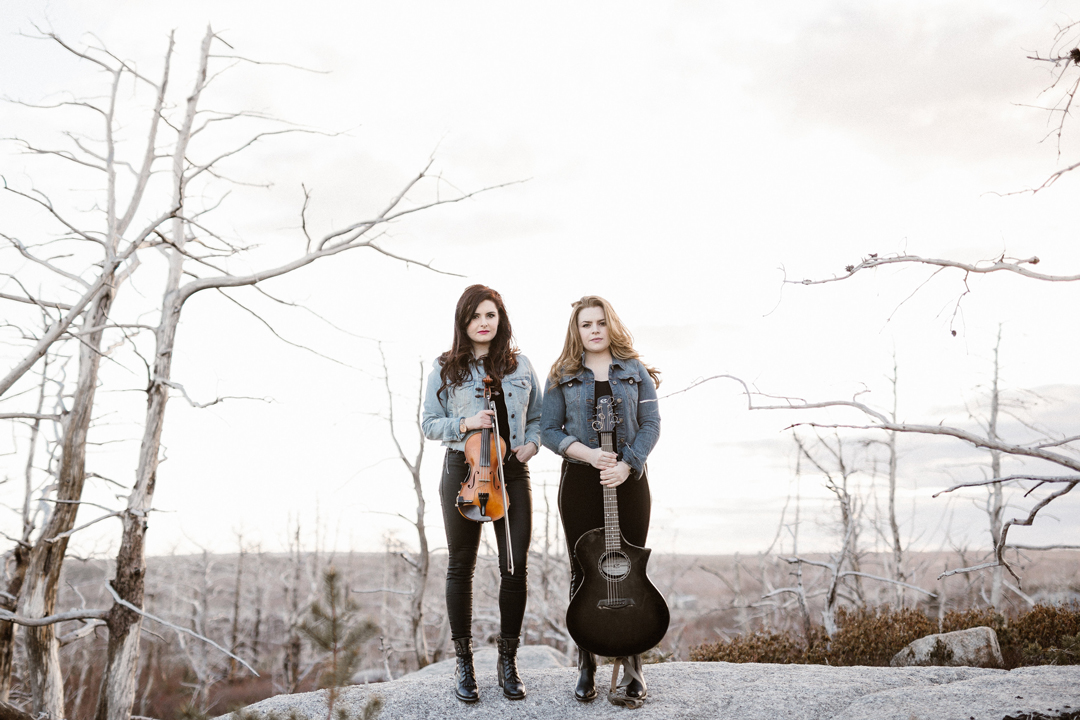 2018 JUNO nominees, Nova Scotian sisters Cassie and Maggie have been lighting up the world with their blend of traditional and original Celtic roots music.

“From the deepest roots of Canada and its very earliest musical traditions come Nova Scotian sisters Cassie and Maggie, putting their own 21st Century stamp on the Celtic soundtrack of this nation.

Exciting and innovative, their talent is surpassed only by the sheer joy they exude in performance. Alternating between Gaelic and English, traditional and contemporary, haunting and electrifying, the duo is nothing short of mesmerizing.

Born to a family of deep Nova Scotia roots and a rich musical history, the two have been enchanting audiences around the world with their unparalleled unity of strings, voices and fabulous percussive step dance.

Theirs is the perfect balance between musical integrity and sheer entertainment as they seamlessly blend tunes passed down through generations of musicians with their own songwriting, borrowing from other writers, other genres and other
eras.