Toronto musician plays R&B at the Horseshoe one night, partakes in folk festival the next.

Julian Taylor is used to shaking it up.

For example, those headed to the Horseshoe on Saturday night will experience the full electrifying and soulful R&B glory of the eight-piece Julian Taylor Band as they perform songs from their acclaimed album Tech Noir. 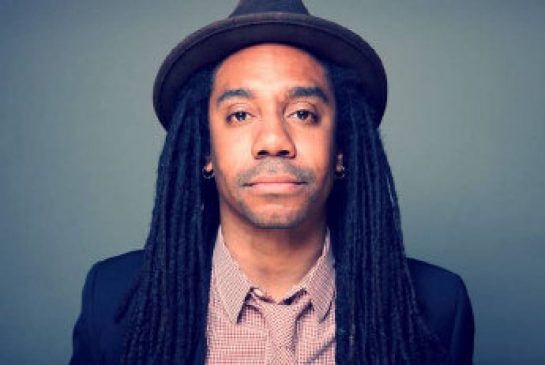 Musician Julian Taylor says he relies on his 3-year-old daughter as a barometer of musical taste.

Source his former band Staggered Crossing on YouTube to hear his rock edge.

Taylor is quite the chameleon.

“I can do many things,” he says. “Tech Noir is a rock soul record with which I think I’ve found my niche, but I like writing campfire songs and playing acoustic guitar just as much of that.

“It’s great to be versatile. Over the past couple of weeks I was part of the Gordon Lightfoot tribute at Hugh’s Room and I was also part of the global (Bob) Marley (70th birthday) tribute last weekend. So I get to do a lot of things.”

Taylor said the public’s modern and varied music tastes have allowed him to branch out accordingly.

“The general public has been exposed to so much stuff culturally — music, art, literature — that nowadays they’re way more open.”

“When I was recording Tech Noir, I had a lot of friends listen to it, but it was mostly my daughter who told me if it was good or not,” he says. “If we could dance in the living room, then it was working.”

His latest song off Tech Noir, “Be Good to Your Woman,” has evolved into a campaign Taylor said is designed to “spark the conversation about trying to stop violence against women.”

He’s inviting everyone to submit a video to begoodtoyourwoman.com to share positive stories about their relationships and the respect with which people should be accorded. He’s also pledged $2 from the sale of every copy of Tech Noir to the Canadian Women’s Foundation in honour of the cause.

In the meantime, Taylor, whose songs have been placed in such TV shows as Haven andElementary, says he will be previewing new material for the Horseshoe Tavern crowd, and is grateful for the support radio outlets like the CBC have given his music.

“What Tech Noir means to me is ‘black future,’ he says. “I wanted to take the feeling of black music in the past and create something new and fresh, yet old, and I think we basically accomplished that.

“Folks that have heard it seem to like it, so I’m not complaining.”