The Songs of Phil Ochs

The Songs Of Phil Ochs to be resurrected at Winterfolk XI

In his “When I’m Gone” song the late Phil Ochs stated that “you won’t find me singin’ on this song” nor “singing louder than the guns” after his death. But his sister Sonny Ochs and a stellar group of Canadian folk artists intend to ensure that his music will continue to “say who’s to praise and who’s to blame,” and to “question when or why” long beyond the grave. As part of the Winterfolk XI Festival being held at Delta Chelsea Hotel in Toronto Feb. 14-17.

The late Phil Ochs has been an idol to, and a seminal influence, on many of the acclaimed songwriters who identify themselves with the folk or protest genres of music in Canada, including Winterfolk executive Brian Gladstone. In memory of her brother, Sonny Ochs has been keeping his music vibrantly alive since his untimely passing in 197 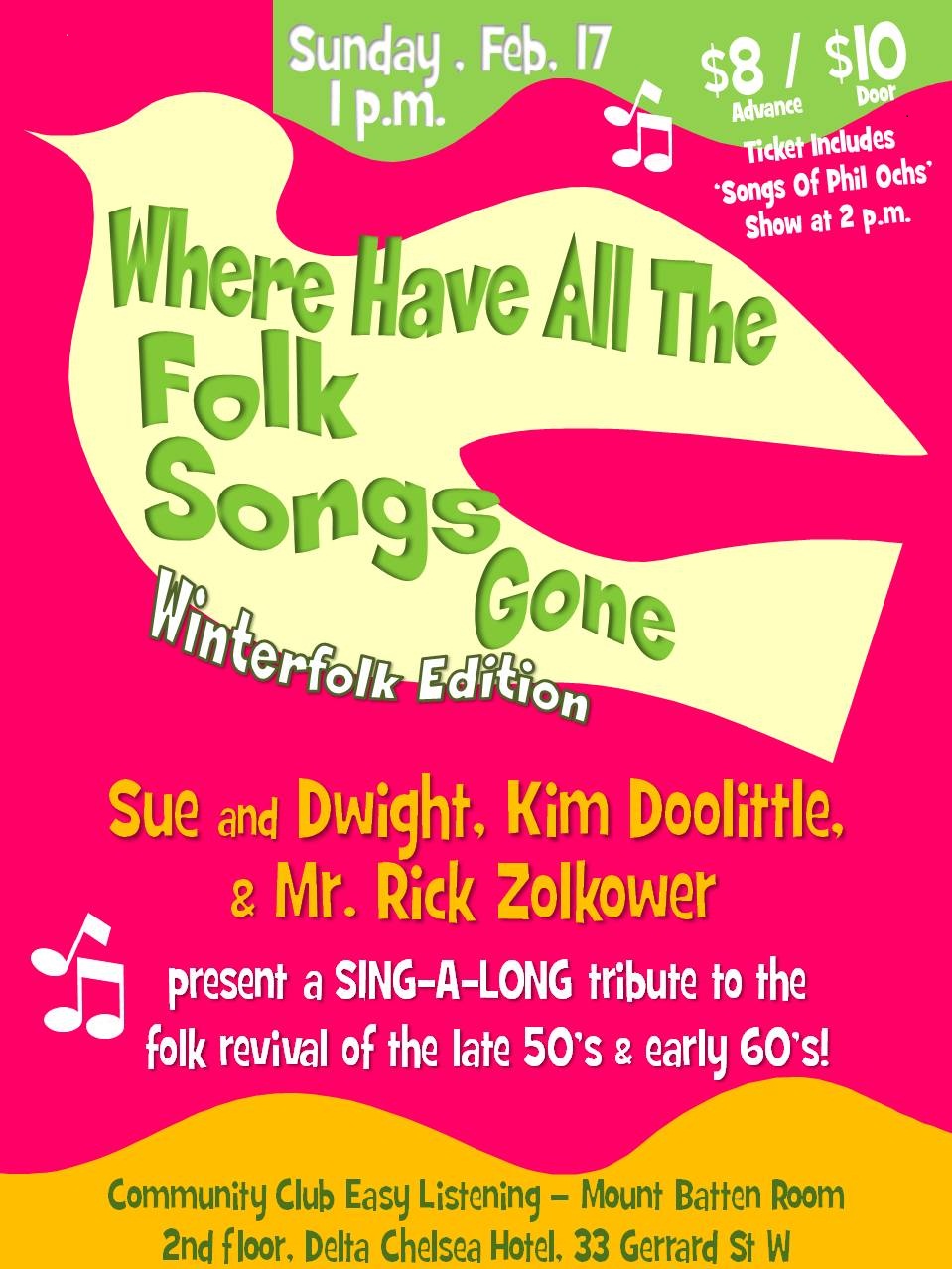 6. Gladstone and the Winterfolk team is profoundly thrilled to have her as host of the “Songs Of Phil Ochs” concert taking place on Sunday, Feb. 17 from 2 p.m. – 4 p.m. in the Mountbatten Room of the Delta Chelsea Hotel.

Gladstone and a roster of artists that includes Jon Brooks, Eve Goldberg, Noah Zacharin, D’Arcy Wickham, David Newland, David Essig,. Tony Quarrington and Sebastian Agnello will all perform songs by Ochs as part of the showcase.

Prior to the main showcase, the mood will be set from 1-2 p.m. by folk duo Sue & Dwight, performing the Winterfolk Edition of their “Where Have All The Folk Songs Gone?” musical revue.

The full 1– 4 p.m. show is one of the few ticketed events at the festival.
TICKETS: $8 adv. / $10 door (subject to space limitations) www.winterfolk.com