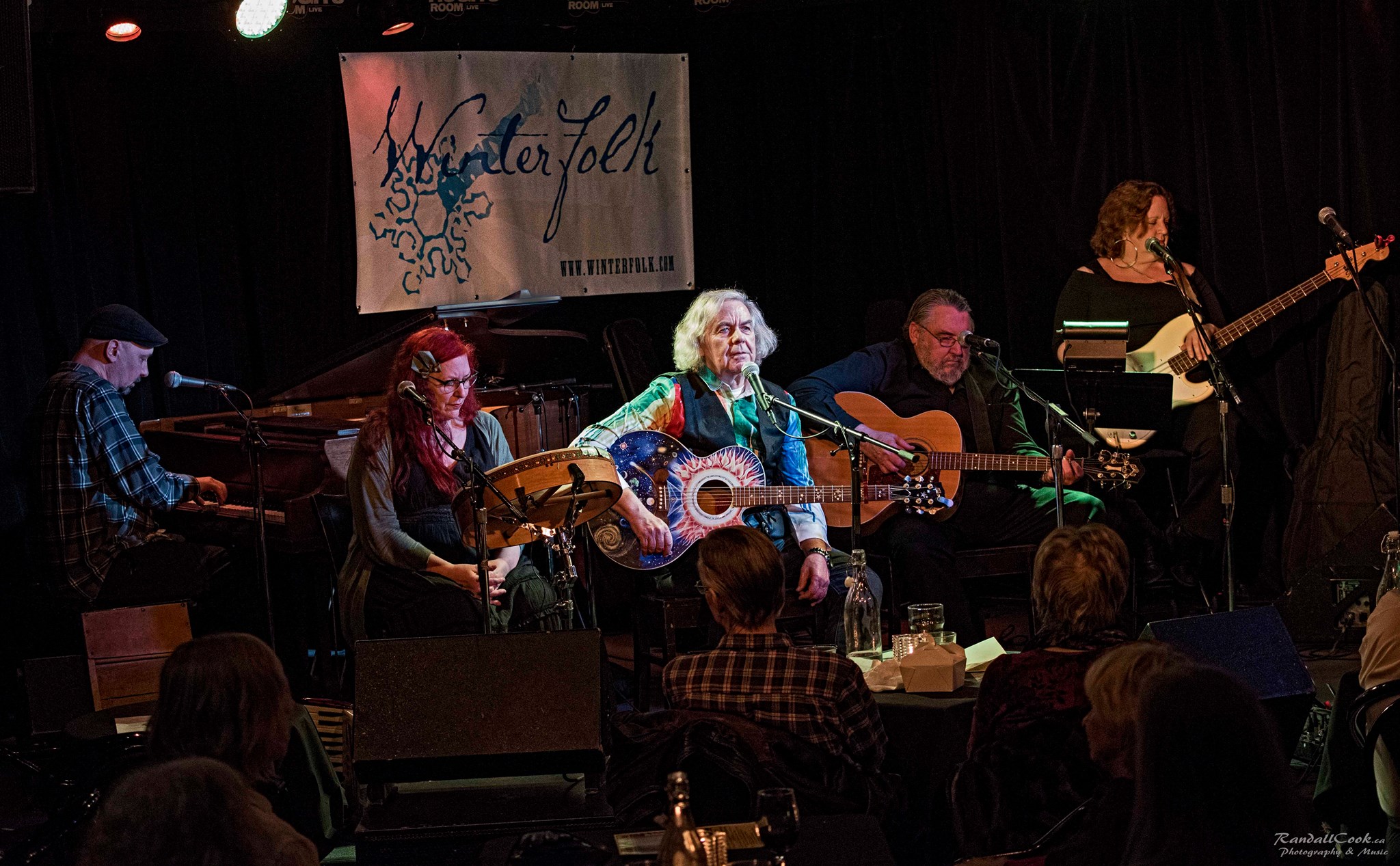 January 21, 2018 – Reprinted from Spill Magazine
Last year, Hugh’s Room announced it was closing its doors. Like many fans, I waited with bated breath, sorry to see yet another beloved Toronto venue cease to exist. Thankfully, generous donations and copious support have allowed the Roncy music club to keep on delivering the goods. With its commitment to blues and roots, the 16th annual Acoustic Harvest + Winterfolk Preview is what the Hugh’s Room spirit is all about.

Brian Gladstone kicked things off by greeting the audience and reminding them of the intention behind the evening’s events. ‘Our mission is to serve and build the Toronto roots community,’ he said. The winter preview offered the audience a taste of the talent slated to set the stage during Winterfolk XVI, which runs from February 16-18.

HOTCHA!, Dirty Dishes, and Mr. Rick took the stage first, with performances that shared this sentiment of community. Between them were renditions of classics like Patsy Cline’s “I Love You So Much It Hurts,” Dolly Parton’s “The Grass is Blue,” and Louis Armstrong’s “Old Man Mose” (joyful kazoo playing and all).

In the second half, Brian Gladstone, Tony Quarrington, Kim Doolittle and Julian Fauth joined Beverly Kreller. “Death Don’t Have No Mercy” and “Diddy Wah Diddy” were among the tracks performed. Brian Gladstone sang his new song, “I Want More Time In Your Dreams” to a hushed and attentive audience. For the final song of the night, everyone returned to the stage in a tender performance of “Goodnight, Irene.”

The Winterfolk Festival fills in that lull before summer festivals hit. It’s a chance to enjoy some great tunes long before patio season starts up. Snag a ticket and shake those winter blues away.