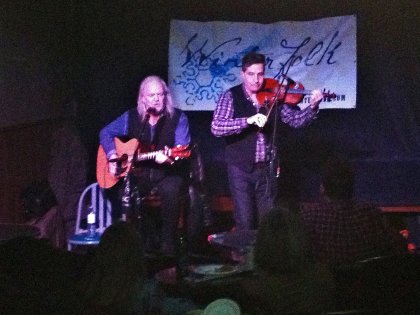 Winterfolk XV was busier, punchier and way warmer than usual, all good things for the folk that swarmed over the bridge to check the annual feast of blues and roots musics of all kinds. Folkie Peter Verity opened the launch party at The Black Swan with an engrossing set largely drawn from recent album Sometimes A Journey. Accompanied by fiddle virtuoso Thomas Hamilton, Verity rolled out the haunting narratives and minor key melodies of fan faves“Blue as I Can Get”, “The Healing Rain” and “North Ontario” among others. 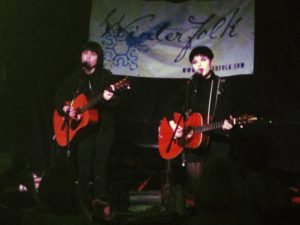 Next up, the bayou brewed quirkiness of Soozi Schlanger, vocals & lead fiddle and washboard, with Conny Nowe adding guitar and vocals. The pair helm Toronto’s most loved Cajun dance band Swamperella, so we got some of that but Soozi focused on recent joints from her solo project soozimusic, of which the artist has said: “The songs paints a personal portrait that exposes the private world of the artist behind the scenes, the internal world…the motels and hotels, the long drives, the one night stands…witty, gutsy, vulnerable and true. Faves here were “Don’t Let Go” and ” Road Trip Again”. 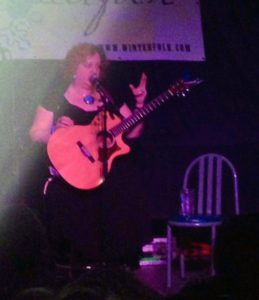 This set the mood nicely for the ferocious folk of Edmonton duo Command Sisters. The duo’s self described; a little bit country, a little bit EDM’ interests allow them to write credible songs in a number of genres. For this set, the more EDM numbers like “Earthquake” were left out in favour of the edgy folk pop of “One Man Band”, “White Dress” and “Take Me Home”.

Same venue Saturday night offered up the tasteful and tasty blues guitar stylings of Danny Marks, tunes with a country blues slant and wry humour from Kim Doolittle, as in “It’ll Be A Snowball’s Day In Hell Before I Sing Bobby Magee”. Kim dropped a couple off upcoming album Into The Blue, due April 8, including current single “Long Long Way From Here”. 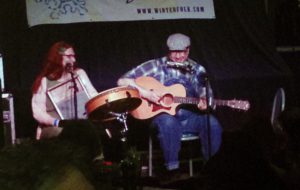 Next up was a first look at badass bluegrass duo HOTCHA!. Comprising Beverly Kreller on drum, percussion and vocals and Howard Druckman on mad geetar and vocals, the pair manage to bring all manner of field recordings nods and shades to material as diverse as The Beatles’ “Falling”, “Long Black Veil” and the Appalachian spiritual, “I’ll Fly Away”,using the latter for a nice warm spot of audience participation as the pair fell quiet and left the chorus to be belted out HOTCHA! style by the totally into it audience.

Soul Maitre D’sIt wasn’t billed as such but ‘guitar summit’ is an apt tag for the 2 hour Blues Campfire at Terry O’s on Sunday aft. 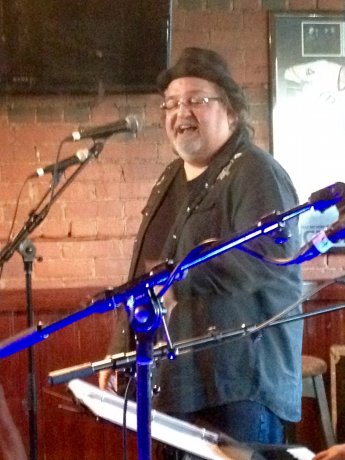 The lineup was Danny Marks, David Essig, Jerome Tucker, Mr. Rick, Kim Doolittle and Julian Taylor and together they put on a spectacular blues guitar clinic. Highlights too numerous to mention but bright moments included Doolittle’s rollicking “Nobody’s Fault But Mine”, some amazing country style picking from Julian Taylor on“Corinna Corinna”, Mr. Rick’s up from the depths baritone lead on “Wade In The Water” and as fitting closer, a song about ace guitarist Lenny Breau.

Same venue, much later brought us Soul Maitre D’s, a duo busy rewriting the book of blue eyed soul and falling somewhere between early Elton John and Remy Shand. The pair are multi-instrumentalist Lawrie Ingles and vocalist Henry Lees, and the piano centric set was a perfect showcase for their original material, at once wry and compelling. Especially noteworthy, “Soulmate Maitre De,” “What The Heart Wants”and the epic, maybe a tad too much so, “The Story Of Us”. Definitely deserve a second look, as does Freeman Dre and The Kitchen Party. Dre’s well-crafted material stands tall in either acoustic or full band versions and the guy’s an attention holding frontman with a bright future.