Winterfolk XVIII has extended the deadline for purchasing early bird festival passes. So local live music fans can still nab advance wristbands at $15 each – a 40% savings – until January 30, 2020.

Set to celebrate its 18th year, Toronto’s annual Winterfolk Blues and Roots Festival sends a clear signal that folk, roots and blues are among the city’s most beloved and sought-after genres.

After all, what else but one of Canadian music’s most continuously growing genre sets could inspire fans of all ages to flock to the heart of the city during a true-blue Canadian winter? 18 years and running? 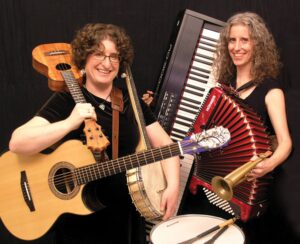 The Winterfolk Blues and Roots Festival was founded by Festival Director Brian Gladstone and is a division of The Association of Artists for a Better World, a registered non-profit organization.

“This year’s combined celebration has affirmed what we in Toronto have long-recognized: this city has an unwavering commitment to musical excellence.”

Those planning to attend can currently save 40% on early bird passes; Winterfolk XVIII wristbands are on sale for $15 until January 30th, 2020 and will ship until January 31st, 2020. Wristbands allows entry to more than 90 performances and the ability to avoid lineups at the door; there are four additional and separate ticketed events.

Winterfolk gratefully acknowledges the generous support of the Department of Canadian Heritage, its media partner the Toronto Blues Society, and its envoy of
dedicated volunteers.

Of note, The Tranzac Club is an accessible location, and The Annex Hotel is offering festival-goers 15% savings on their room reservation with the code WINTERFOLKANNEX – details are available on the hotel’s website here.