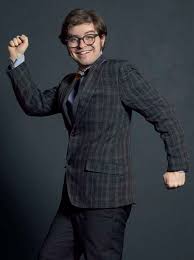 Co-founder of Silverthorn Studios, he has played across Ontario and wowed crowds with songs he wrote for his debut album, produced with the legendary
Eddie Kramer (Jimi Hendrix, The Beatles, Brian May, Carly Simon & many more). A professional singer/songwriter, recording studio owner & voice actor, Taylor
is on the verge of a breakout moment in a promising career. 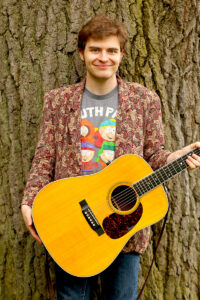 He was a Top 40 finalist on Canadian Idol, and has performed engaging concerts on stages across Ontario. He has also written & produced musicals, and music for animated series,
including the theme for ‘Fangbone!’ (Disney XD Worldwide), one of many cartoon series Taylor plays a lead character in. Along with writing Television music for DHX and Corus, he also wrote, performed, mixed, and assisted in directing songs and videos for ‘Super Plant Dolan’ – garnering the Youtube channel over 20 million views.

Now with the pre-order available for his debut album (with half the record available), Eddie describes Taylor as ‘A true artist, and songwriting genius’. The album pre-order (with half the album available right now) is currently on Bandcamp. For this release, Taylor has received grants from both the Toronto Arts Council and FACTOR.