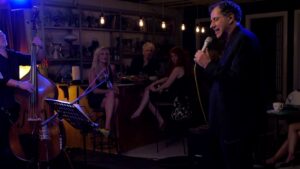 Sam Broverman is a Winnipeg-born, Toronto based jazz singer and songwriter.

He has performed in venues across Canada, the US, Europe and Asia.

He began his professional singing career in Winnipeg as a teenager, appearing in theatre and cabaret productions and also on the nationally televised shows “Hymn Sing” and
“The Doug Crosley Show”.

Sam regularly performs in the Summer Entertainment Series at Winnipeg’s Lyric Theatre. Sam earned a PhD degree in Mathematics in 1976 at the University of Manitoba.