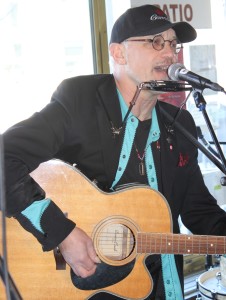 Harpin’ Norm Lucien  walked into a kitchen jam in a  pub in downtown Toronto, joined in on harmonica and quickly found himself in the embrace of the Toronto music community! Gradually playing just about every style backing  just about every musician he picked up the moniker ‘Harpin’ Norm! As friends often joke

“Harpin’ will play with anyone!!”

Harpin’ Norm Lucien picked up the harmonica after being given the ‘Best Christmas Gift Ever” when he was thirteen! He taught himself his way around the instrument eventually adding guitar and voice to accompany his ‘harp’! 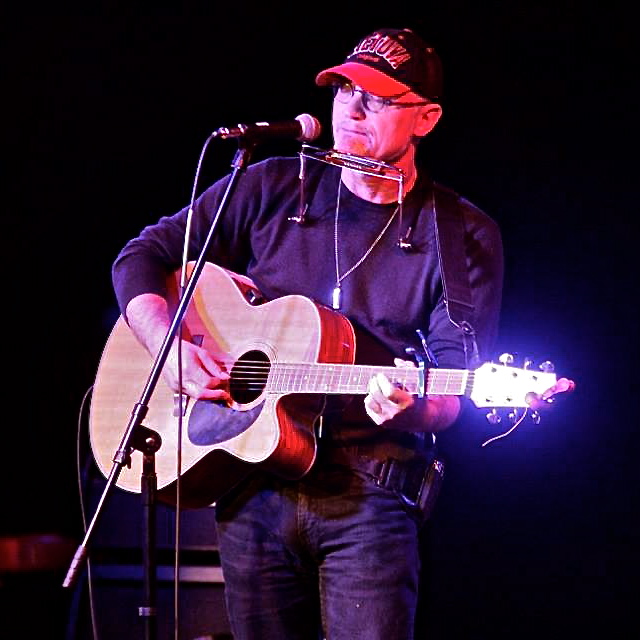 “Norm always has a harmonica in his ‘back pocket’!”

In ‘Nashville’ Harpin’ Norm Lucien has played the famous ‘Bluebird Café’, the ‘Commodore’ the ‘Blues and Boogie Bar’, ‘Richard’s New Orleans Café’ and various festivals and benefits as he does here in Ontario!

As well as recently writing his own songs Harpin’ Norm Lucien also enjoys helping others with editing their works, writing songs on a freelance basis as well as translating works! His most recent translation was for the Lithuanian musician of ‘Sepa and Asorti’ fame. The song ‘Mes Laukiam/Just Listen” speaks of how we need to all make the effort and courtesy of really listening to one another in order to cure the worlds differences!

Harpin’ Norm Lucien songs are now beginning to be covered by others. ‘Nicole ‘Songbird’ Coward’s recent cover of ‘Strong Enough For Love’ is making strong movement on the music scene, and her CD of the same name is waves on numerous stations in North America and Europe!

Presently, Harpin’ Norm Lucien is working on his CD, ‘THE WORLD’S STRONGEST MAN’! His original songs such as ‘The Worlds Strongest Man’,  ‘I Use To Stop at Nothing’, ‘Turn My Eyes Away’, ‘Never Again’, ‘Anything For Love’, ‘The Sparkle in Your Eyes’, ‘How Much Love’ and more including his own version of his song ‘Strong Enough For Love’! ??

One can view Harpin’s videos under the ‘Video’s’ tab and on YouTube! These videos incorporate Harpin’s original tunes, some of which advocate protection of our precious and irreplaceable resources such as food, water and prime farm land. One video calls for the protection of our history another praises and encourages ones struggle to rise above adversity!

Having returned from performing in Nashville, Harpin’ Norm is back on the Ontario scene with  performances at The ‘Black Swan Tavern’,  ‘Vino Rosso’ the famous ‘El Macombo’ on Spadina Ave, Toronto, The Garafraxa Cafe in Durham, Ontario the Elora Arts Center  and Beit Zatoun and The Mosiac Festival where her backed Tibetan Folk Musician, Dorjee Tsering along with Grammy award winner Louis Natale, National Champion fiddler Shain Cooke, David Woodhead and Anne Lindsey among others. Harpin’ recently played The Orillia Opera House backing Nicole Coward in her concert at ‘Lightfoot Days’! (And plays harmonica on two tracks of her new CD, ‘LIFT’!) Harpin’ has also been enjoying radio and TV interviews and has a tune ‘Praise the Christmas Birth’ on regular seasonsl rotation on two stations out of Nashville!

And now…Harpin’ has just released his new full CD of original songs! Full of great tunes and harmonies ( Nicole Coward joins him on four tunes,        ‘THE WORLD’S STRONGEST MAN’ includes fab harmonica and vocals by Harpin’ and backed by musicians such as Steve Sherman and James Sloan.

So…. look forward to…