MUSIC FESTIVAL REVIEW Winterfolk is an Annual Blues & Roots Festival which was recently held at The Delta Chelsea Hotel in Toronto for the 11th year. It featured 150 Canadian Folk, Roots and Blues artists on 4 stages for 3 days of free unbelievable entertainment in an intimate setting. Brian Gladstone is Winterfolk Festival’s Founder, and is Executive Director of the Artists for a Better World, a non-profit organization that now operates it. He realized that there was a seven-month void in the folk festival calendar during the winter and thought that’s what marketing is – you find a niche and fill it – and that’s what he did in 2002. Local businesses, community sponsors and Canada Council grants have made it evolve into a free event now attended by 3000 strong and a must-attend yearly event. Honouring our Own Brent Titcomb, a three-hour extravaganza in honour of the legendary Brent Titcomb celebrated his songwriting which has been favoured by many greats including Anne Murray, Glenn Campbell, Andy Williams, Donny and Marie Osmond. He was the toast of the evening with performances by son, Liam Titcomb and long-time musician friends and associates Brian Gladstone, Brian Blain, Bela Ray, Tony Quarrington, David Bradstreet and David Woodhead. It was a lively, engaging and fun tribute for our singer-songwriter, Brent Titcomb celebrating his 50-year career as musician, actor, radio and tv commercials. He took the stage for the last hour and showed that he still has the voice and passion as he entertained with his soulful songs, humour and his heart-warming stories. 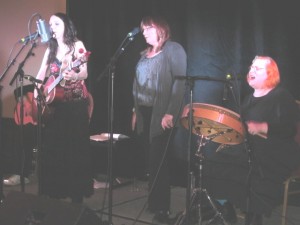 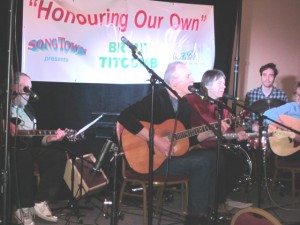 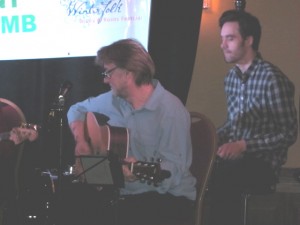 Monarch’s Pub on the Main Floor Lounge was rocking with the great Jack DeKeyser, Al Lerman (Fathead), Julian Faith, plus a few special guests dropping by. Others entertaining the crowds in the Pub were, Fraser Daley, Peter Verity, Brian Gladstone, Tony Quarrington, Sarah Beatty, Reverend Max Woolaver Band and Tia McGraff. The Fabulous Whiteleys with Ken, Chris, Ben, Dan and Jesse Whiteley were playing the Market Garden on the Main Floor as well as Laura Fernandez and QuiQue Escamila and Kim Doolittle. The Listening Room located on Deck 27 got up close and personal with artists Mike Dankert, Jory Nash, Al Lerman and Laura Fernandez. The Winter Folk Blues & Roots Festival should be a must-attend yearly winter music event for everyone who is yearning for some great home-grown entertainment gathered in one warm indoor downtown Toronto location. Don’t miss it next year. Photographs and Review by Jacqueline Kyrion