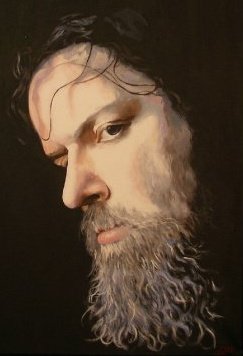 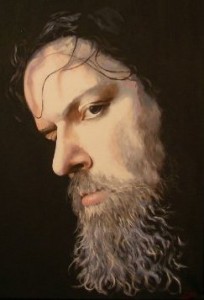 Alfie Smith is one of the many new artists at Winterfolk this year .

TICKETS: A combination of pay-what-you-can and ticketed events.
For ticket info visit www.winterfolk.com/winterfolk-advance-ticket-sales/

Winterfolk, now celebrates 13 years and will once again feature many of Canada’s top blues, roots and folk artists. A wealth of new and highly talented artists will grace the Winterfolk stages this year including bluesman Alfie Smith of Busted Flat Records and roots artist Ben Sures who hails from Edmonton. Alfie has just released his sixth album in 2014 called Sometimes The Rain and is best known for his resophonic guitars, brazen slide licks and powerhouse vocals. Son of Trouble is the latest CD from multiple international songwriting contest winner Sures. A great storyteller and live performer, Ben has been touring for over 20 years and finally he will bring his unique and memorable original music to Winterfolk.

In keeping with Valentine’s day which falls in the middle of the festival weekend, a number of other newcomers have recent albums out, including Isabel and the Uncommons, who just released a sad but sweet heartbreak album Hearts and Arrows that features guitar ace Steve Briggs. Jazz/folk singer Clela Errington’s CD More Love and Happiness has garnered attention from Folk Music Ontario’s “Songs from the Heart” competition, and local songbird Nicole Coward’s new EP Strong Enough For Love has been added to playlists in over 100 radio stations across the US, UK and Canada. Country sweetheart Rae Billing (of Cry Baby fame), and The Unpayables is no stranger to heartache songs either. She released Walls and Fences in Oct 2013 and due to her honest, pure, shiver-inducing vocals, it was chosen the #1 pick for 2014 albums in the prestigious Canadian magazine Penguin Eggs. Audiences will also be treated to Nashville via Vancouver’s treasure Linda McRae, whose CD 50 Shades of Red has been top of the roots charts in the U.S. for a full year. Her warm but world-weary vocals, clever lyrics and quirky melodies make her one of Canada’s most refreshing and captivating performers around.

Some of the country’s finest bands join the festival this year. Famous local heroes in the 1980s for their polka-driven beats and quirky but topical lyrics by leader John Millard, Toronto-based group The Polka Dogs have reunited after a 25-year hiatus and Winterfolk is thrilled to present this innovative quintet. They are a whole other kettle of fish and if you haven’t seen them before, you don’t want to miss them. The brass that kicks @$$ sensation The Heavyweights Brass Band bring it New Orleans-style and do some pretty ingenious arrangements of covers like Michael Jackson’s “Beat It.”

More power from the ladies this year as home-grown bands Vivienne Wilder Band led by double bassist Sam McLellan turns some funky grooves and sexy bass licks with her maudlin, gothic, “waitsian” folk/jazz, as well as The Jessica Stuart Few, who rose to recognition with their innovative songwriting, stunning 3-part harmonies and an unprecedented take on the Japanese koto (13-stringed harp). Critically acclaimed, the band’s latest release Two Sides To Every Story won ‘Best Album’ in the 2014 International Independent Music Awards, and was dubbed, “endlessly charismatic” by The Globe & Mail. Home-spun trio The O’Pears utilize tight harmonies and styles reminiscent of The Andrew Sisters, Crosby, Stills and Nash and Canada’s own The Wailin’ Jennys, to create beautiful arrangements of their original folk, bluegrass, R&B and Celtic-inspired songs.

Americana, bluegrass and all forms of old timey music is a mainstay at Winterfolk and this year there is a wave of new faces. Local bands making a stir in the underground, old timey circles, are rousing group The Kitgut String Band – somewhat of a family affair with father and sons picking and singing side by side; Honky-tonk swing singer Kristine Schmitt and mandolin player Will Meadows duo, who perform their special brand of traditional bluegrass, harmonies and original tunes; Award-winning group The Andrew Collins Trio (Andrew also formerly of award-winning bluegrass band Creaking Tree String Quartet), will rev up the stage with their exploration of traditional bluegrass or “Chamber Grass” as they like to call it, and even some Celtic-flavoured pieces; and Kitchener band Onion Honey mix it up with banjo, mandolin, guitar, banjolele, double bass, and washboard in their pursuit of the sounds of the past.

Winterfolk was formed to entertain, educate, enlighten, engage and encourage the community about various folk music styles including roots, blues, folk and more. Founded by Festival Director Brian Gladstone, it is run as a division of The Association of Artists for a Better World, a registered non-profit organization in the Province of Ontario, Canada. www.abetterworld.ca

We’re always looking for volunteers to help out. For eight hours of service over the Winterfolk weekend, volunteers receive access to all shows, artist hospitality lounge and more! For more info and to sign up, please visit www.winterfolk.com