Caledon based David Storey, best known for developing, producing and directing the hit TV series Corner Gas is returning to his musical roots. 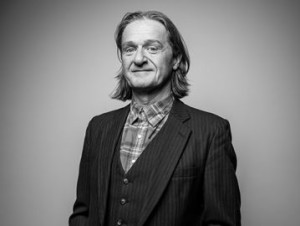 The Inglewood resident is best known for developing, producing and directing the hit TV show Corner Gas, and now, after leaving music for over 20 years he is preparing to release a debut full-length album titled Comin’ Home.

The television icon says he has enjoyed the journey back to his musical roots.

While Storey spent the better part of his youth playing in bands and acting, he made an active decision to make a name for himself behind the camera instead of in front of it at a young age and worked his way up from there.

After working as a host on a CBC children’s show in high school and acting in commercials, he attended Ryerson University and then started behind the scenes at the bottom of the totem pole as a production assistant.

Playing music along the way and using contacts from working in the film industry, he began directing music videos for the likes of Tom Cochran, Stompin’ Tom Connors, Ann Murray, Corey Hart, and the Rankin family before jumping into the creation of Corner Gas alongside Brent Butt.

“In the midst of getting married, raising a family, and my work as a director taking off, especially with Corner Gas – I gave up music all together for the next 25 years,” he continued.

But once the hit television series had come to a close, and the kids had all grown up, Storey moved out to Pemberton, a sleepy little mountain town in British Columbia.

“I picked up the guitar one day and all of these songs just started spilling out and since I was doing nothing but skiing and playing hockey, I started writing them down,” he said. “Pretty soon I had 15 or 16 songs. I guess it was all sort of stored up and the dam just broke.”

Eventually he made his way to an open mic night to try his hand at performing again.

“You have to keep in mind, I was 58 when I went to do this,” he continued. “I was scared s***less but after I finished the first one, I was totally addicted all over again.”

And just like his natural growth in the television industry – slowly but surely, the open mic nights have been replaced with paid gigs, and now he is preparing to do an official album launch on the Danforth this weekend at Toronto’s Winterfolk Festival.

“I know I’m not going to be Gordon Lightfoot or Neil Young or anything,” he said with a laugh. “So the pressure is kind of off already. I’m not doing it to become a big star. I’m doing it to have fun and smell the roses along the way.”

The album – which has a roots, folk, and bluegrass feel to it – can be purchased on iTunes, at davidstoreymusic.com or by heading out to one of his upcoming shows like the festival this weekend.

Danielle Marr is a reporter with the Caledon Enterprise. You can reach her at dmarr@caledonenterprise.com. Follow her on Twitter @DanielleAMarr.