This Page has not Yet been updated for WFXVIII – Wristbands and Tickets will be put on sale in Nov 2019. Tickets are not available – below for example only.

Wristbands are sold on entry to any of the Winterfolk venues, and allow admittance to about 90 performances over the Winterfolk weekend. There are four separate ticketed shows listed below, that do not require a wristband. 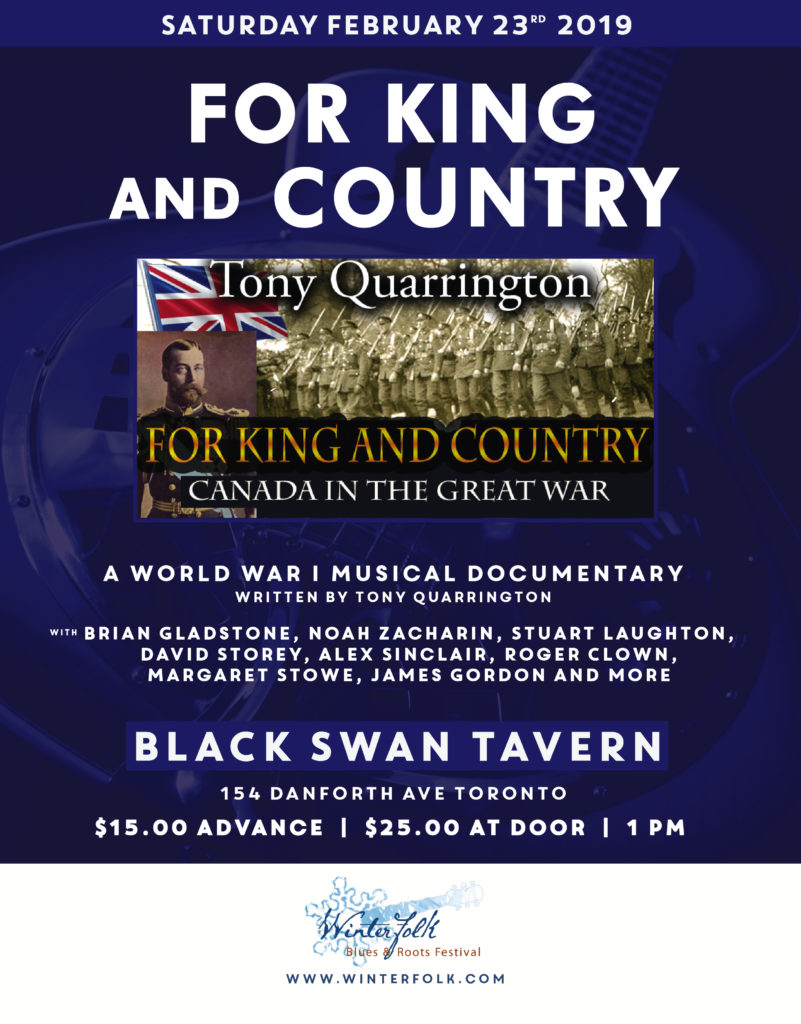 For King and Country

A World War I Musical Documentary

“…Toronto guitarist Tony Quarrington`s For King and Country is a masterful resurrection of the presiding soldier culture that enveloped Canadian life a century ago, reaching its climax with The Great War of 1914-1918.” ~ Paul Corby. The roots-music songs will be performed by Quarrington and a dozen other performers from a wide range of genres who collaborated on the album. 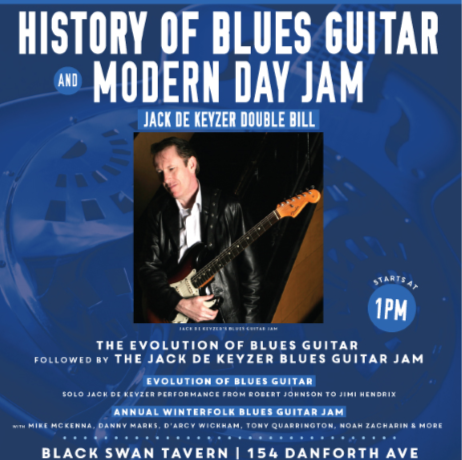 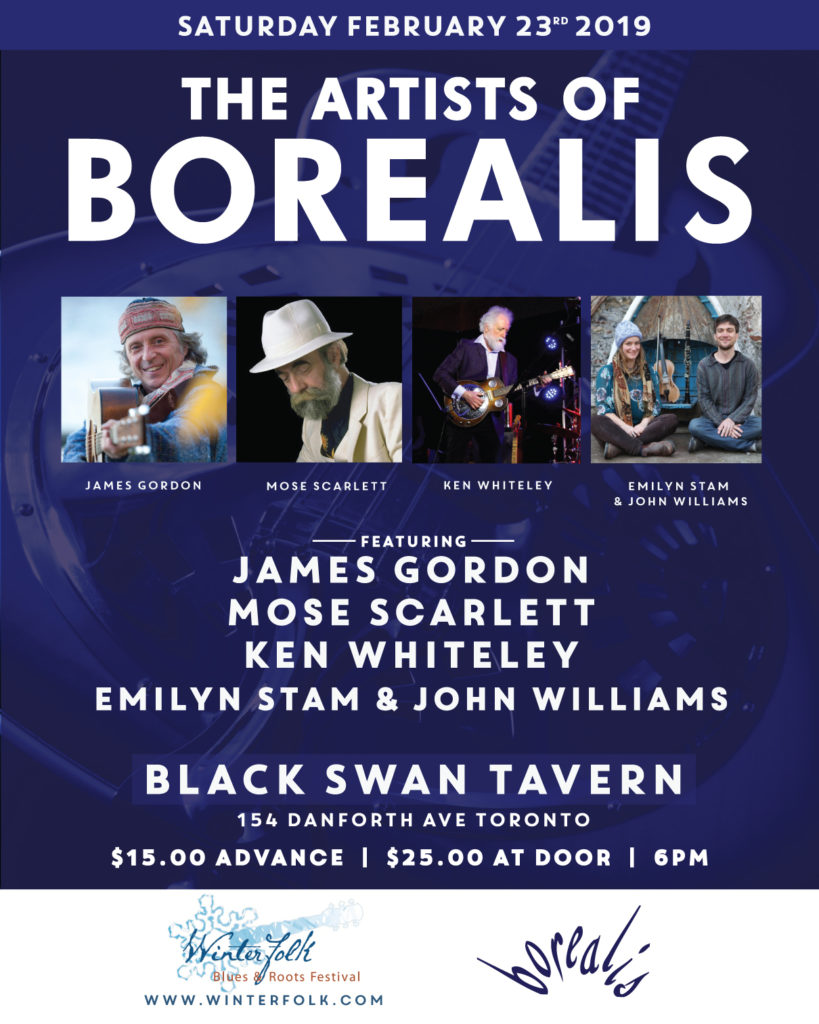 The Artists of Borealis

Emilyn Stam and John David Williams merge the melodic voices of violin and clarinet, with a touch of accordion, creating a modern, playful sound steeped in traditions from regions of Europe and North America. Their individual and collective interests in Klezmer, New Orleans Jazz, Old Time, Bluegrass, French and Scandinavian folk musics give insight to their playful and innovative duet compositions. “Emilyn and John have a tremendous way of progressing folk music that is respectful but at the same time so freeing and playful.” ~ Tom Power www.emilynandjohn.com

Mose Scarlett is, unarguably, one of a kind. While he draws on a wide range of musical sources, from the early 1900′s through the 40′s, his style defies categorization or comparison – the blend is unique. He bills his music as ‘Jazz, Blues, Ragtime and Swing‘ because, as he says, “those are the four things I’ve been accused of most often”. His self-taught, original technique of finger-picking, dubbed ‘stride guitar’ by Canadian music journalists, delivers a syncopated punch and features simultaneous chords, melody and bass line, smoothly executed, and seemingly effortless.

Ken Whiteley is a multi-award-winning songwriter, performer and producer whose musical journey has taken him from jug band, folk and swing to blues, gospel and children’s music. Ken Whiteley has won a Canadian Folk Music Award, a Genie Award for Best Original Song in a Canadian film, Lifetime Achievement Awards from Folk Music Ontario and from the Mariposa Folk Festival and has been nominated for seven JUNO Awards and 16 Maple Blues Awards. Called a “roots music master”, he’s performed at major folk and blues festivals throughout North America. www.kenwhiteley.com