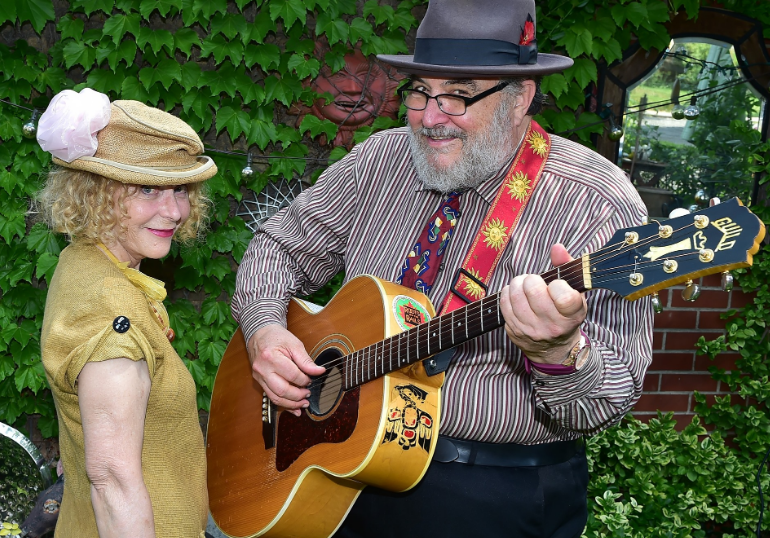 One-of-its-kind Canadian musical duo Q&A — as in JUNO Award-winning Tony Quarrington and his esteemed counterpart Zoey Adams — deliver the second release in their multi-genre triple EP offering, One More FOLK Thing, including lead single “How Do I Love You?”

Following this summer’s big band-to-ballad exploration that is One More JAZZ Thing, One More FOLK Thing falls in line with another five tracks that span from old-timey upbeats to slow-folk styles, and everything in between.

“Clap along with this happy, little bluegrass love song,” Adams says of the album’s first preview, “How Do I Love You?” — a lively duet spotlighting sounds of the fiddle, banjo, and guitar.

“Redbird” lands as another bluegrass-based tune, while “Hold On” and “Last One In Love” slow the pace as an intimate, personal anthem and a whimsical yet poignant look at love, respectively.

“This is a cautionary tale about paying it forward,” Quarrington reveals about the album’s closer, “Big Bump (At The End Of The Road).” “The track has a gospel feel to it, including a killer Hammond organ solo.”

One More FOLK Thing is the second in this year’s three-part EP project released via Sonic Peach Music that focuses on specific genres of music through the lens of this spectacularly diverse and uniquely talented pair.

The journeys within the genres are deftly traversed by the accomplished co-writers and artists; with Quarrington and Adams — the former an acclaimed jazz guitarist, composer, and songwriter with hundreds of multi-genre credits to his name, and the latter an artist long-lauded for her work in theatre, movies, radio, and corporate entertainment.

The duo have been making music together in some form or another for the better part of two decades; Q&A quite literally holds 100 years of professional experience between them; the results have included but are not limited to a long-held run as Paper Moon, a nostalgic jazz duo, and their first extended work together took place in 2005 when Stuart McLean commissioned Quarrington to compose what would become Vinyl Cafe: The Musical — Quarrington sang the role of ‘Dave’ and Adams ‘Morley,’ ‘Stephanie,’ and ‘Sam.’

“The pleasure we took in that project convinced us to work together even more,” they recall.

That pleasure is now ours with the release of One More JAZZ Thing, One More FOLK Thing, and One More POP Thing.