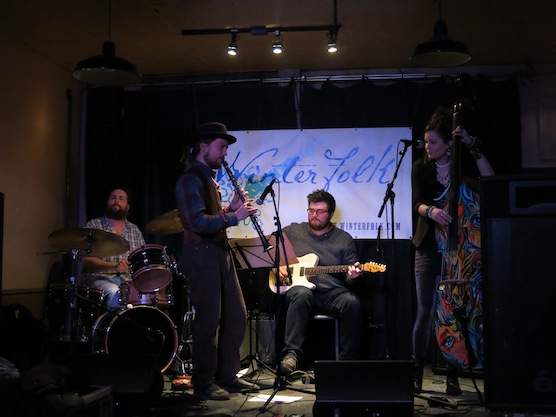 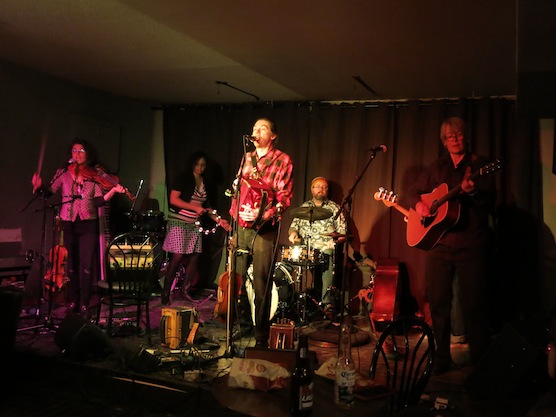 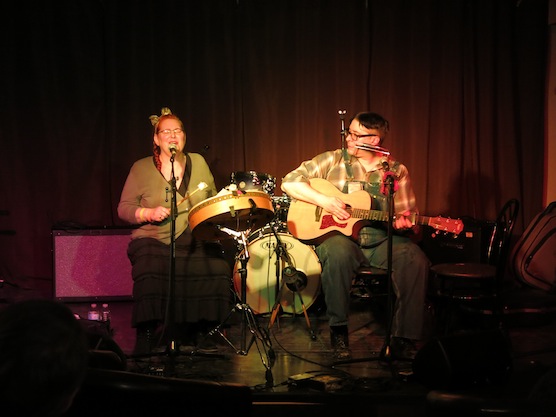 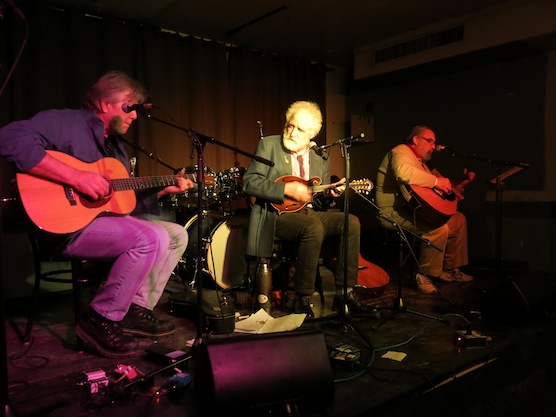 The upstairs of Danforth’s Black Swan feels like an ancient place. A fitting locale, then, for Winterfolk mainstays HOTCHA!

The married duo of Beverly Kreller and Howard Druckman settled deeper into their old-timey shtick – period costumes and all – during their Love At Winterfolk set, though the breakneck speed play at which they play (Kreller on bodhran and Druckman on acoustic guitar) suggests punk rather than traditional. They slowed down, however, for a lovely rendition of Townes Van Zandt’s No Place To Fall.

Next up were the Trio Of Fun, a Winterfolk creation that came out of the fest’s workshop tradition, featuring Ken Whiteley on guitar and mandolin, and guitarists Tony Quarrington and Wendell Ferguson. The three veteran pickers were funny – and not because Ferguson’s originals include campy songs like Great Big Johnson. The trio is an unrehearsed, once-annual act, and it was a treat to watch the guitarists egg each other on. When Whiteley pulled out jazzy 30s song I’ve Got The World On A String, for example, Quarrington said he hadn’t played it for years, then gamely jumped in to noodle.

Most of the Winterfolk stages are free/pwyc, so I took a break between sets to catch a bit of the Vivienne Wilder Band’s set downstairs: young, jazzy folk pop (complete with some great anti-Valentine’s Day songs) led by an upright bass player and co-fronted last night with John David Williams on clarinet. Despite phenomenally crappy sound – speakers in front of and right beside the band – they had people up and dancing.

No matter how you’re feeling, Swamperella have the power to put you in a better mood with their accordion songs and triangle solos. Back upstairs at the Swan, the veteran Toronto Cajun dance band made the most of a dwindling crowd, getting some ladies (and a couple gentlemen) up dancing near the stage. “If you don’t speak Cajun French,” said leading lady Soozi Schlanger, “all you have to know is that all of these songs are about sex.”

She was probably kidding, but it was one way to tie the whole Valentine’s Day thing together. The band celebrates 20 years together with a Mardi Gras celebration on March 7 at Tranzac. Meanwhile, Winterfolk XIII continues till Sunday (February 16), with shows from 1 to 10 pm at various venues on the Danforth.